Thank Your Plumbers — For Real!

Hydro jetting is an effective way to clear out a clog using a strong stream of water. It's safe when performed by an experienced plumber, but this type of drain cleaning isn't usually a DIY project. Here's why DIY hydro jetting is not generally a good idea.

The Equipment Is Dangerous To Use

Even though your plumber won't use the highest setting on a hydro jet, the equipment is capable of producing streams of water that can harm you, people helping you, or your pets if they're nearby. When plumbers hydro-jet pipes, they wear protective gear in case a stray stream of water should blast their chest or head.

Hydro jetting is a good way to get roots out of sewer lines. The powerful stream of water cuts through roots and scrapes them off the walls of the pipe. Then the water flushes the roots to the sewer system.

However, there's a potential problem. Roots can crack a sewer pipe or even cause part of it to collapse. If that's the case and you attempt to use a hydro jet to clear the line, you could cause further damage to the pipe. That's why plumbers usually do a video inspection of a pipe before using a hydro jet. They want to make sure the risk of harming your plumbing is as low as possible.

Old Pipes Could Be Corroded

Another time using a hydro jet might be risky is if the pipe is old, corroded, and weak. You may have no idea what condition a pipe is in that's buried underground. However, a plumber can tell with a camera inspection if the pipe is on the verge of collapse due to extreme corrosion.

A plumber experienced in hydro jetting knows the right amount of pressure to use to move the clog without harming your pipes. That type of skill comes with training and experience. That's why hydro jetting is usually a safe procedure when done by a professional.

When your sewer line is clogged, you might try snaking it out, and if that doesn't work, hydro jetting could be the best solution. Call a professional plumber who can use commercial equipment safely to get the best results. 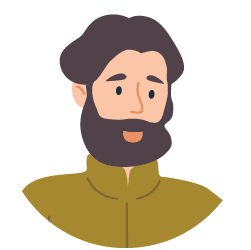 When you have a plumber come work on your home, we hope you thank them. Really, you should be thanking any contractor who works on your home, but we are a little partial to plumbers and happen to think they deserve a little more recognition. After all, the stuff inside the pipes they work on doesn't usually smell very good. And even though they wear gloves, they have to get pretty close to it! If you would like to learn a little more about plumbers, then we invite you to read this blog. After learning the basics, you'll really want to thank your plumbers!